Tennis Courts: We have three tennis courts, two pickle ball courts and a half basketball court. The courts are located down the hill next to the golf course.

The Chumash Indians originally populated the coastal lands of Avila Beach. In 1769, Spain sent soldiers and missionaries to occupy the land above Mexico, including central California. Vast amounts of this land came into the missionaries’ domain. Mexico claimed these Spanish holdings in 1882 and in twelve years, the mission lands were secularized. Soldiers and settlers petitioned and received large grants of land. For the first time, land on the Central Coast came into private hands.

In the 1830’s, Don Miguel Avila owned all the land around San Luis Bay. The bay was an ideal location for shipping as it was well protected from the harsh sea. In 1855, a small portion of the land was leased, and the first wharf, known as “Cave landing” (near present day Pirate’s cove), was erected. The water here was too shallow for large ships, so small boats were used to unload passengers and freight, which were then lifted onto the bluff by a derrick elevator. From here, passengers could travel by stagecoach to the village, present day San Luis Obispo, which had grown up around Mission San Luis Obispo de Tolosa. The wharf was soon purchased by Captain David Mallagh in 1864 and became known as Mallagh’s Wharf.

A group of merchants, led by “Honest” John Harford, formed the People’s Wharf Company in 1868 and constructed a new wharf close to the site oftoday’s Avila Pier. The wharf extended 1800 feet into the bay to water deep enough to permit steamers to tie up and unload more easily. A short strip of narrow gauge railroad (the first in the area) was built from People’s Wharf to a nearby warehouse. Eventually, all merchant business was transferred to People’s Wharf, and Mallagh’s Wharf fell into disuse. 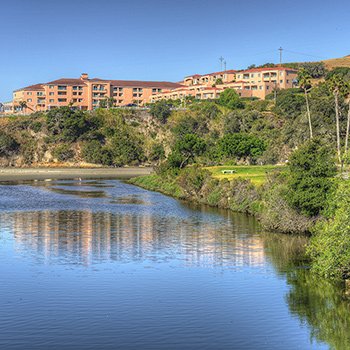 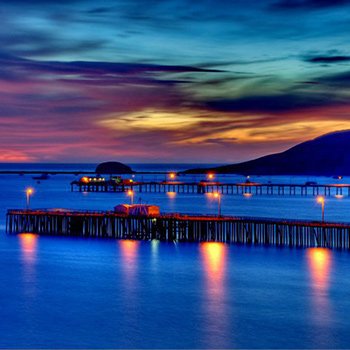 In 1867, the shoreline of San Luis Bay came into the hands of John Harford. By 1873, he had completed another wharf (not far from the present Port San Luis Pier), where from the end of the wharf to the flats of San Luis Creek, a 30 inch narrow gauge horse-drawn railroad ran a path over the bluffs and through a tunnel. There the cars were unhitched from the horses and left to coast to the entrance of the wharf.

Competition was fierce between the new Port Harford Wharf and the People’s Wharf. The steam railroad was introduced and the railway expanded. By 1867, two trains a day made the run from Avila to San Luis Obispo. Roundtrip fare was $1.00 on Sundays and $1.25 on weekdays. This train made daily stops at Sycamore Sulphur Springs, the present site of Sycamore Mineral Springs.

In 1874, the Avila family announced the formation of a town near the end of Harford’s railroad line, to be called “Avila”. At about the same time, Messrs.’ Gagliardo and Marre purchased the Ocean Hotel at the foot of Port Harford Wharf, and renamed it the Hotel Marre. Known for its great Italian food and attractive setting, the hotel thrived as a honeymoon resort for sixty years. People’s Wharfwas destroyed in a terrible storm in 1878 and all steamer business went to Port Harford.

Port Harford prospered, but the railroad needed improvement. Construction began in 1883. The railroad was brought down from the bluffs to the water’s edge and a bridge was constructed over.

This section is included strictly for reference purposes. It is our position not to differentiate between reservation types, though it may be necessary to ask a guest whether they are a deeded or points owner.

Deeded Owners:
These owners own specifically at San Luis Bay Inn. They may have purchased through Glenn Ivy, Sunterra, or private sale. They own a specific unit type [Studio (SMN); I Bedroom (lBR); 2 Bedroom (2BR); or 2 Bedroom Lock-off (2BL)], at set intervals (annually, odd or even). These guests have “Day Use” privileges, and can book “Bonus Time” via the front desk. 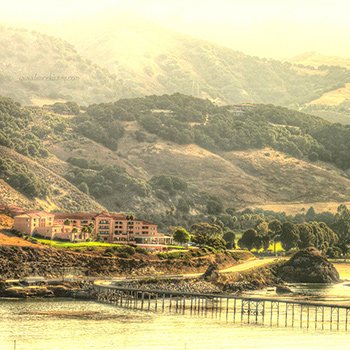 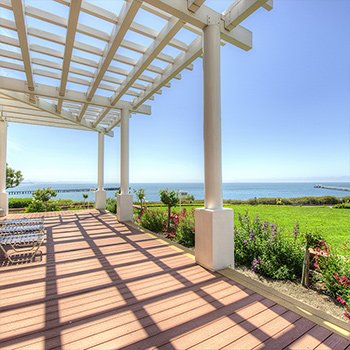 Exchange Owners:
These owners do not own at San Luis Bay Inn, but rather have exchanged their ownership at a non-affiliated property with a San Luis Bay Inn owner for the duration of their stay. These owners may be associated with Resorts Condominiums International (RCI), Interval International (II), or Ericson Resort Management, and will contact their respective exchange organization to make reservations. Exchange owners do not have “Day Use” privileges, and cannot book “Bonus Time”.

Outside Rentals:
Although outside rentals do not have any ownership affiliation, they are still valued guests at San Luis Bay Inn. These guests have may have made their reservations any number of ways, via affiliate websites (such as Booking.com) or directly through Diamondresorts.com. Rooming assignments for outside rentals are limited to non-ocean view rooms, and rental guests may not make “Day Use” reservations, nor may they book “Bonus Time”. Should they wish to stay an additional night, they would need to contact Diamond Resorts to check availability. 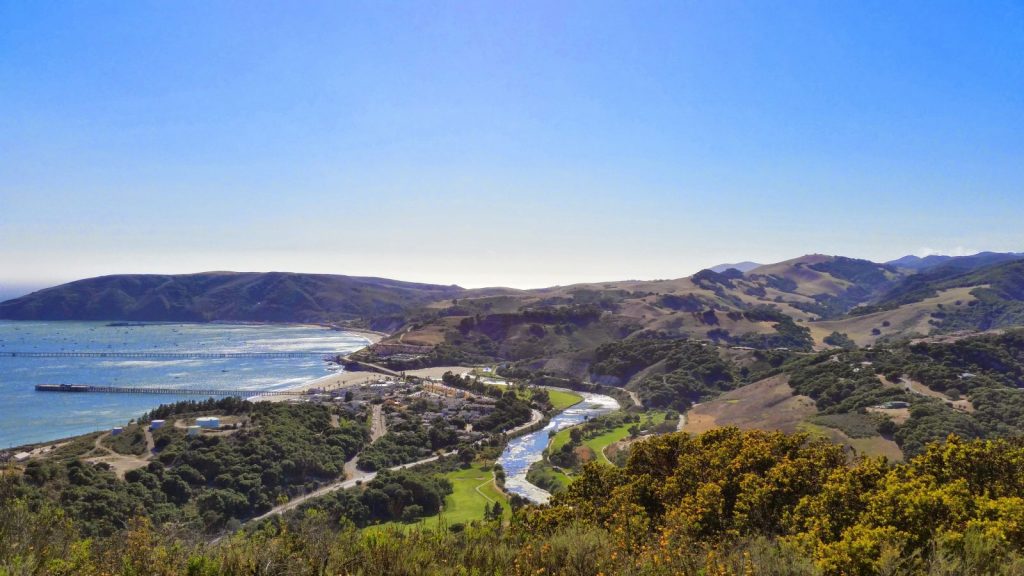